There’s only a month to go until RideLondon! My training has been going reasonably well and I think if I had to do the ride tomorrow I’d be OK to get round. However, I’d like to do the best I can and so I have a few more weeks to fine-tune things.

I’ve managed a couple of 5 hour+ rides in the last couple of weeks. My ride this week was 5 and a half hours and I managed 130km. It’s not far short of the RideLondon distance but it was very hard going towards the end – I couldn’t pedal much in the last hour. I think putting in some efforts on the hills cost me later in the ride, it’s something I’ll have to bear in mind.

Another possible factor in my slowness was the heat – my Garmin was saying it was over 32C! I put some sun cream on this time after being caught out in previous weeks by incorrect forecasts. My tan lines are pretty impressive but I’m going to look pretty stupid when I’m on the beach on holiday! 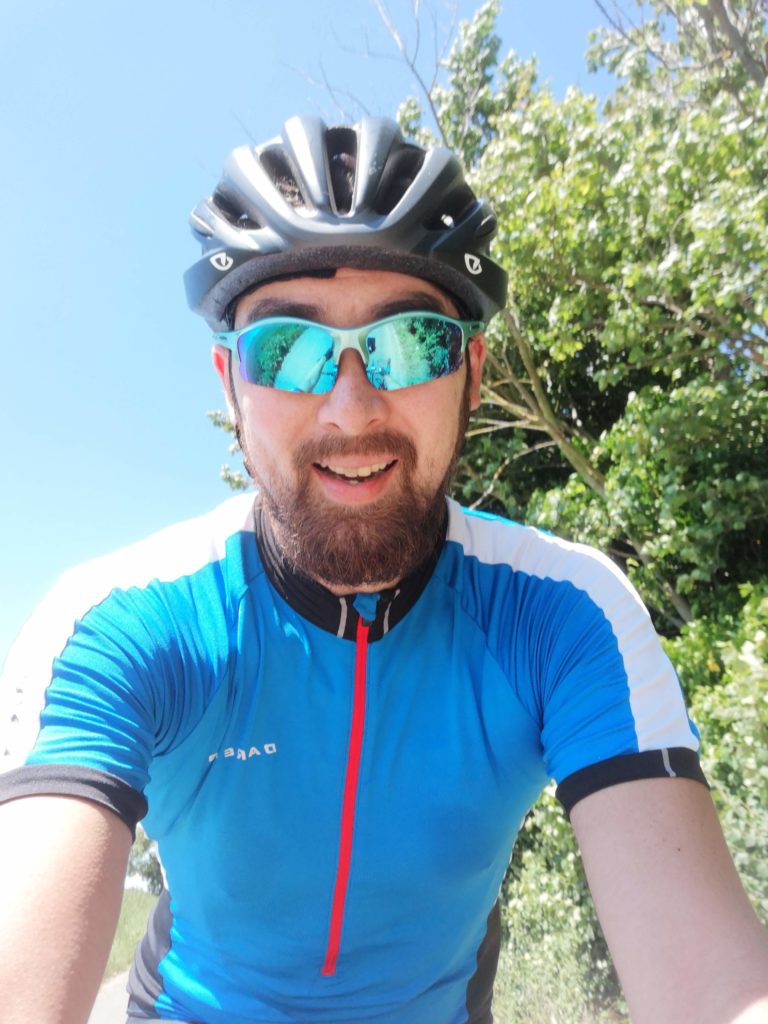 I look pretty happy here but I had nothing left in my legs – I felt fine from a cardiovascular perspective but I didn’t have any energy.

My training plan only has two more long rides left – a 5.5 hour ride next week and a 4 hour ride the week after. I’m slightly ahead of the plan though so I might fit one more in, I need to work on my climbing as well.

Not long to go until the Tour starts now, I’m looking forward to it! I’m hoping for some epic sprint battles and hopefully Cav will add to his number of stage wins, but I fear he may have too much competition this year. I’m also hoping Froome is knackered after the Giro so the GC battle will be more interesting. I don’t think Movistar having three leaders will help but it’ll be interesting no doubt.