I haven’t been for a proper bike ride since 14th September. I’ve been very busy with work and other things, and my legs haven’t been feeling good. I’m determined to start running but I seem to always push myself too far. I had managed a few 5k runs without any difficulty but halfway through a 7k run I pulled a calf muscle. I think I had started out too quickly so my calf tired more quickly. It didn’t help that I was in the middle of nowhere (at my Mum’s house) so had to limp all the way back home! I’m going to get a gait analysis and some decent running shoes soon so hopefully that will do the trick, I may also buy some calf guards.

I’ve got the Carrera TdF all ready for the winter, but the rear wheel is slightly buckled and needs truing. The last time I attempted this, a spoke snapped when I was miles from home, so I think I’ll get a shop to do it for me this time! I’ve not been well over the last week but I’m hoping next week will see some action on the bike.

Last night Nicky and I went to the first night of the Six Day London event at Lee Valley Velodrome. Unfortunately, Mark Cavendish had to pull out through injury, and I must admit to only knowing a few of the riders, but we had a great time. We’ve been three times and I think this was the best yet – the music has been toned down a bit and there were fewer gaps waiting for something to happen on track. We also had front row seats this time so Nicky got a few high-fives from the sprinters! 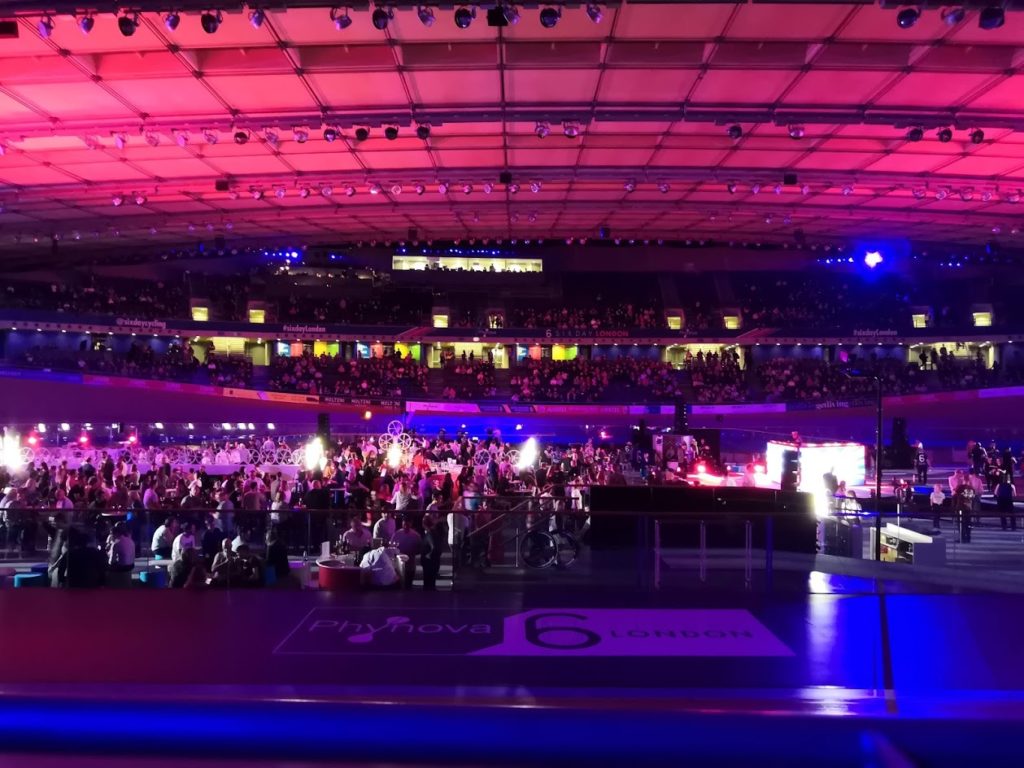 Nicky also had a go on the roller bike races, they had to race over 250m to see who would get the fastest time. He was behind the entire race but managed to overtake just in the last few seconds!

There was some great racing on the track too, the first Madison saw far more attacks than usual and I think only one or two teams didn’t get a lap! Adam Blythe won the first derny race with a superb late effort, and the sprinter races were all lots of fun. We’ll definitely be back next year!