As I mentioned in my last entry, I received a free training plan from Full Potential Coaching courtesy of the BHF. So far I’ve been able to follow all the red ‘must do’ sessions. I think it’s starting to make a difference! The plan includes one long ride a week which is getting longer each week. There are also technique and interval sessions as well as easy rides.

My long ride this week was four hours riding in heart rate zones 2-3, including some zone 3 intervals. I ride the intervals around a quiet local loop which doesn’t have much traffic.

I managed over 100km which is good for morale, and my legs didn’t run out of energy near the end. However, I was having some knee aches as a result of my bike fit.

I had a bike fit and physio session on Saturday which was very helpful. I have had sore calf muscles for a long time now, and I was under the impression that the muscles were tight (as well as my IT band). However, it turns out my muscles aren’t tight but just overworked! The bike fit showed that I pedal with my toes pointing downwards and that my knee doesn’t extend as much as it should. This results in my calf muscles having to do a lot more work than would be expected.

My saddle and cleats have been moved back a little so now my pedal stroke is more effective and I’m not using my calves so much. I’ve also been diagnosed with a condition in my quadriceps tendon which requires rehab. I have some exercises to do each day which should eventually help. As I wrote earlier, the long ride was causing my knees to ache at the tendon. Hopefully I can make progress with the rehab and get things working again.

I’ve managed a few long rides since my last post. I’m not feeling especially fit or confident but hopefully this will improve. My longest ride was 102km – it’s fair to say I was tired afterwards, and feeling a bit sore down below!

I was feeling relatively good up to 80km and thought I could go on further, but I think that was my downfall. I started increasing the speed a little and for the last 15km or so I felt terrible. I still don’t seem to have managed pacing myself properly – even when I did RideLondon 2013 I had a dodgy period where I had no energy. I’ll have to try pacing myself better and staying properly hydrated. I’m also working on my nutrition, I’ve found my stomach much prefers SiS gels to High5. I might get some of their energy bars and see if that helps in the early stages of long rides.

I did another long ride yesterday of 83km, but the difference was that it was much hotter. I don’t know if this took anything out of me but I also struggled near the end of the ride.

I almost crashed into a car on the seafront because I wasn’t paying attention – traffic was moving so slowly and I almost rear-ended someone, much to the amusement of a couple of blokes sat in a car by the side. We had a quick amusing chat which helped distract me from the aching! It was a lovely sunny day (hence all the traffic).

Thanks to the BHF (who I am raising money for) I have a free training plan from Full Potential Coaching to follow. I must admit that it looks rather daunting and I don’t know if I’ll be able to do as many sessions as they specify, but I’ll try my best. At the very least I’m going to try and follow their one long ride a week session which gradually gets longer before the day of the ride.

I’ve not done as much training as I’d like recently due to real life getting in the way – sleep, work, kids, the usual! My knees have recovered from my sled-pulling exploits and I’m ready to go again.

I did a 56km ride last Friday which went well, I was feeling surprisingly good for the first hour and a half and had considered pushing on to do another hour.

However, this soon changed as I decided to have a go on one of the local hills, Hadleigh Road.

It’s a short hill but it’s very steep. I went up it very slowly, my speed was in single digits I think! My cadence was in the 50s. I got to the top without any problems but my legs were very unhappy! So I stayed with the original plan of doing 50km. I felt as if I’m getting stronger and fitter which is always good.

I’ve also started trying to do at least 10km when I cycle to circuit training. It’s only 2km in a straight line but I try to take a longer route (when time allows) to get a bit more distance in. This runs the risk of then having to do a “leg day” at circuit training but it’s been OK so far! My distance for the year is alright – it could be better but I’m doing OK. I’m going to try and do another long ride this Friday (before the snow comes again, yay!) and then maybe a few Zwift sessions to boost my FTP.

I’ve finally got around to setting up a JustGiving page for RideLondon. This year I’ll be raising money for the British Heart Foundation, to honour the memory of an old friend and my father, as well as thanking the BHF for their help when I was having heart tests back in 2014. I’ve set a target of £100 but hopefully I can beat this. I feel a little guilty asking for money to do something that I enjoy doing, but it would be nice to raise money for a good cause.

Training has not been going that smoothly, although I’ve done a few decent rides. I managed a half-century in very windy conditions which took a lot out of me, but I’m pleased I was able to do the distance regardless.

The route was mostly flat although it’s rolling around the reservoir. There’s also one significant climb in Rayleigh (London Hill). I used to do a paper round in that area and would regularly ride up London Hill with two bags of Sunday papers, I have no idea how I used to manage it!

The weather has also not been kind thanks to ‘The Beast from the East’ and Storm Emma. The snow has only just cleared away, so I’ve done a few Zwift rides. I finally worked out how to change the starting FTP so I was able to complete an FTP test. Zwift claims my FTP is 103W which feels relatively low. I’m not convinced the calibration with my dumb turbo trainer is correct, but at least it gives me a baseline to work from. My average heart rate through the 20 minutes was 177 which will also help work out heart rate zones when I’m out and about. I’d love to get a power meter but they’re too expensive for me at the moment.

I had hoped to get out for a 50km ride today but I didn’t get much sleep last night. My knee is also playing up a little – I think it’s on account of pulling the kids on a sled through the snow last week! Hopefully it will clear up soon.

I’ve also signed up to raise money for the British Heart Foundation during RideLondon – I’ll update my Charity page with links once I’ve got everything setup.

Pros back in the swing of things

It’s great that the pro-cycling season is back under way properly, with the classics starting and Paris-Nice and Tirreno-Adriatico about to start. Can’t wait for Milan-San Remo in a couple of weeks! Strade Bianchi looked very gruelling. There are some awesome pictures of the riders covered in dirt, such as this one of the winner Tiesj Benoot. 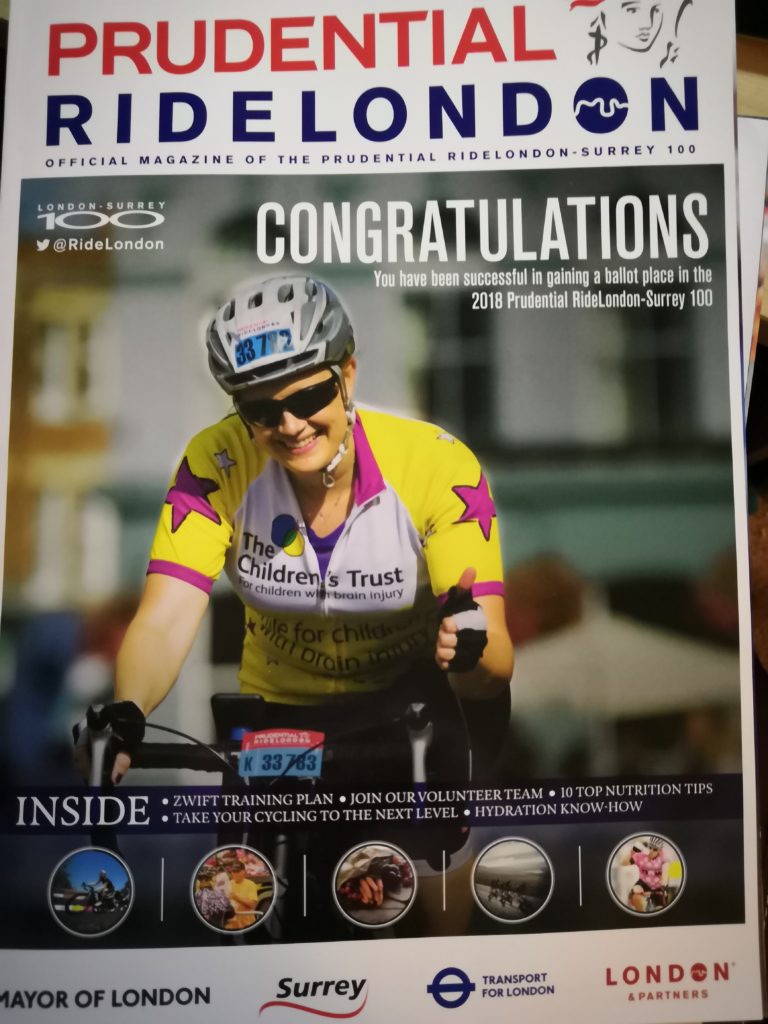